MLB trades, NFL player suspended, the loss of a legend and another PGA champ 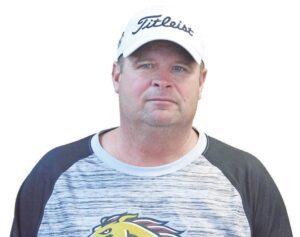 The Major League Baseball trade deadline was Aug. 2 at 6 p.m. eastern time. I had to write this article before all the wheeling and dealing was completed by all the MLB teams. By what I’ve seen so far, however, I do expect that this will be one of the busiest seasons ever for the movement of players to new teams.

Let’s be honest, one or two key players added to your roster can be the difference in making the playoffs and possibly winning the World Series.

The Milwaukee Brewers made a blockbuster move sending closer Josh Hader to the San Diego Padres. The Milwaukee baseball team receives a couple pitchers and two prospects. I found it curious that Milwaukee — in first place — would trade a premier closer. However, I think the thought of losing him to free agency impacted the Brewers’ decision to move Hader.

The Houston Astros have acquired Boston Red Sox catcher Christian Vazquez. A good move by the Astros as their catching situation is a train wreck and it needed help. The Houston Astros also picked up Trey Mancini from the Baltimore Orioles in what I thought was a great move.

The major player on the mind of all baseballs fans is Juan Soto, the 23-year-old superstar of the Washington Nationals. Where will he be dealt and for how much? I just cannot see Washington keeping him after he turned down a huge contract from them. I bet Tuesday was busy with numerous trades, so stay tuned.

The Cleveland Browns quarterback Deshaun Watson will serve a six game suspension — without pay I might add — to start the NFL season due to allegations of sexual misconduct. I stated long ago he would receive between a four to eight game suspension. I have heard numerous people say he deserved no games.

I knew old Roger Goodell was not going to let that happen. The question is, can the Browns survive the first six games without Watson and stay in the hunt for a playoff spot?

The Browns play Carolina, New York Jets, Pittsburgh, Atlanta, L.A. Chargers and New England while Watson is out for those six games. I can see the Browns going 3-3 in that span. I believe 3-3 would keep the Browns season alive if they achieve the 500 mark.

The Deebo Samuel saga is over in San Francisco as he signed a three-year contract extension. I figured all along his “trade me” talk was to get a new contract deal done.

The Detroit Lions camp has stayed pretty quiet so far, which is a good thing. When I say “a good thing” it means no major injuries as that is the biggest fear in training camp.

The NBA lost a true legend in Bill Russell, who passed away at the age of 88. Bill Russell won 11 championships with the Boston Celtics. It’s incredible that he and the Celtics won eight straight titles. Bill Russell was a dominant defender. I never got the chance to watch him play, and I really wish I did. Bill Russell will always be known as the ultimate winner.

The Rocket Mortgage Classic at the Detroit Golf Club went to Tony Finau. Tony became the first back-to-back winner this season on the PGA Tour. Tony pretty much dusted off this field and I thought he was always in control for the victory. How about the fact he hit 66 of 72 greens! I can tell you, I don’t hit that many all summer long on the golf course! I think it would really be something for Tony to win three PGA events in a row. I am rooting for Tony to accomplish this feat in his next event on the PGA Tour.

I can be reached at thefatguy@mihomepaper.com.